Join the National Parliament of West Papua
Home / All Posts / Skin Politics / Head of the Evangelical Christian Church in... 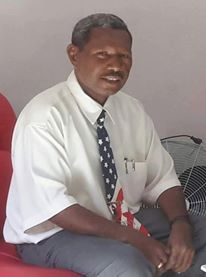 Head of the Evangelical Christian Church in Wondama Bay District, West Papua Province was threatened by the Commander of Indonesia Special Army known as KOPASUS involved in the Indonesian expedition team in West Papua. The Chronologies: It was reported today that Pastor Hans Wanma of Gereja Kristen Injili di Tanah Papua (The Evangelical Christian Church in Papua), who is also the head of the Church organization in Wondama Bay Regency, West Papua Province, organized an Easter Camp event in Jende, Room, a tiny Island to the West of Cenderawasih Bay, northern coast of Papua. The location of the Eastern Camp is in the Nyap village, which is far away from the pastor house and his office, which are in Miei, Wasior. During the event, there were five army personals who are involved in The Indonesian Expedition Team, surveyed the area and raised the Indonesia Flag, including in the location of Easter Camp. The pastor then met the Indonesian Expedition team and stated that they are celebrating Easter; it was not allowed to raise the Indonesian Flag in the location.

He argued that it is not the independent Day of Indonesia. Before he stated that to the Expedition team, he has explained it to the government and the local army chief that there would be a church event in the village. After his statement, Pastor Wanma was threatened by the Commander of the Indonesia Special Force (KOPASUS) who lead the expedition team. The Commander of Indonesian Special Force said, “My men (5 men) have a reason to be there, you will be responsible for your statement.” The pastor says, “The army came into my house and threatened me and my family.

They always followed me and spied on whatever I was doing. I was really scared and decided to leave Nyap village to Wasior at 10 or 11 o’clock at night. That night, the Army and their commander came again to my house and took pictures of my house.” Three days, Pastor Wanma was so afraid and can’t go to sleep. His agenda and program at the church were postponed. He says, “I need a support (legal support) and advocacy from all stakeholders for me and my family.

I am just a human who might make a mistake, but I believe God will strengthen me and others, especially West Papuans who need the Truth of God to voice the current condition in Papua.” He also say, “as a church leader in Wondama, I do not aim for stopping the activities of the Indonesia Expedition team, but they have to appreciate Easter Celebration and after that they can continue to do their activities.” “Until today, my family and i haven’t felt safely enough. This becomes an obstacle for my service at the church in this area.
But I believe God is always in His children’s side,” said Pastor Wanma.

As a reference to his current situation, Mr. Wanma quoted Indonesia Criminal code, article 340, that “The person who with deliberate intent and with premeditation takes the life of another person, shall, being guilty of murder, be punished by capital punishment of life imprisonment or a maximum imprisonment of twenty years. He believes that the treatment he and his family get violates this Code.
Pastor Wanma really hopes that The National Commission of Human Rights and other Human rights defenders to support him and his family for necessary advocacy and for Indonesia army officials, they must acknowledge him as a Church leader and his service in the area. Wondama, 29 March 2016. As written by Pastor Hans Wanma

History Papua: Contents Proclamation of July 1, 1971 Once the territory of West Papua unilaterally inserted through the manipulation of the...