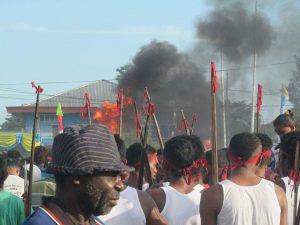 bellow some Pictures was captured and Posted in Social Media

History Papua: Contents Proclamation of July 1, 1971 Once the territory of West Papua unilaterally inserted through the manipulation of the...

KNPB Members has been in Abepura Prison Central-KNPBNews; The West Papua National Committee, three members of the knpb has been in the prison...