Join the National Parliament of West Papua
Home / All Posts / Skin Politics / Buchtar Tabuni Chairman of PNWP Thanks to KNPB... 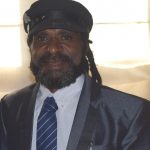 1. Convey my sincerely thanks to West Papua National Committee (KNPB) which has organization of movement which has been mediating West Papua people to carry out peaceful demonstrations to push right to self determination for the people of West Papua, cause as this right has not been implemented in a fair and dignity.

2. Delivering thanks profusely to West Papua people, who have been united in the line of West Papua National Committee (KNPB) carrying out peacefully demonstrations to fight for the right to self-determination.

3. Calling to West Papua people to hold together with KNPB to continue to rise in a peaceful demonstration all over West Papua from Sorong to Merauke, from highland to the coastal, all the people must be united in a Agenda” right to self determination” for the people of West Papua trough International standard its call Referendum.

Chairman of PNWP and decelerator ULMWP

Mālō ‘aupito to the Prime Minister, government and people of the Kingdom of Tonga for all their incredible support and Pacific Island solidarity...