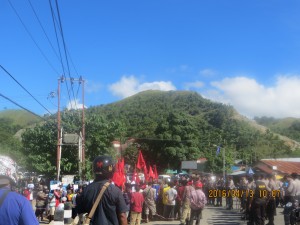 While Negotiation with Police In Expo Waena

Jayapura-KNPBNews today is 13 of April 2016, West Papua National committee has planed to peacefully demonstration in allover West Papua from Sorong to Samarai, this demonstration is support International Parliamentarian for West Papua (IPWP) meeting in London 3 of May 2016, and also support United Liberation Movement for West Papua is the legal body to be full member in MSG, behalf of the People of West Papua.People of West Papua were getter together to follow peacefully demonstration, before knpb has made a planed central demonstration will be in Jayapura city in the Parliament House of Papua Province, and then the central assembly or come get together were several please namely; Sentani Pos 7, Expo Waena, In jayapura city is Imbi Park, Tanah Hitam, Abepura, but what happen today? Indonesia Police and TNI, block the road in Sentani, West Papua People could not came to follow demonstration. 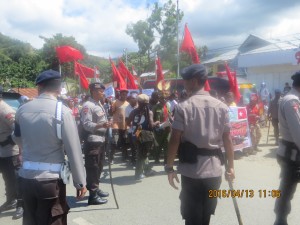 Indonesia Police Block on The Road, in Expo Waena

West Papua people couldn’t come to Jayapura city because Indonesia Police block the road, finally the leaders of West Papua National Committee, has taken decision that the central demonstration will be in Waena Perumnas III, in front of the gate of campus university of Cendrawasih, yet however hundred thousand of people of West Papua mediate by West Papua National Committee knpb, has come and take place in front of gate campus University of Cendrawasih Jayapura-West Papua.

Even thought the peacefully demonstration still keeping going but, under the intimidation, terror, and pressure by Indonesia Military. Indonesia Government is the law maker but Indonesia Police and Army also breaking the law it self. For others island in Indonesia are freely to speak up, in the public area but specially people of West Papua are not free, Indonesia democracy is for the people of Malay race, but for the people of Melanesian race in West Papua, there is no democracy. 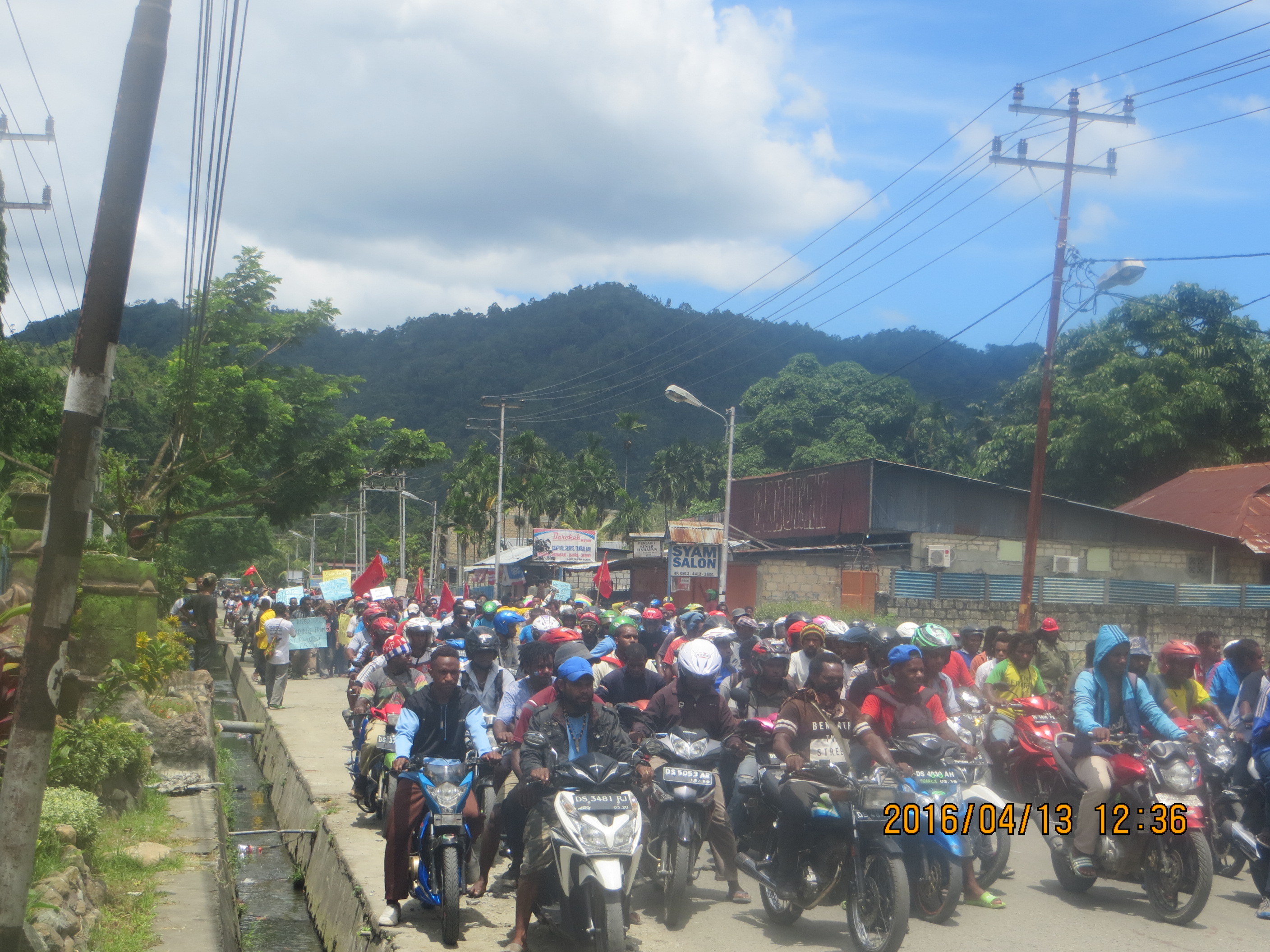