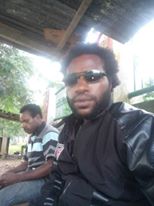 Chair of PNWP Buchtar Tabuni PNWPNews- Under this agreement or New York Agreement between the Netherlands Government and the Government of...

SECRETARIAT OF THE NATIONAL PARLIAMENT OF WEST PAPUA ASSEMBLY AND PROCEEDINGS DIVISION RECORDS OF RESOLUTIONS AND DECISIONS OF THE MEETING OF THE...